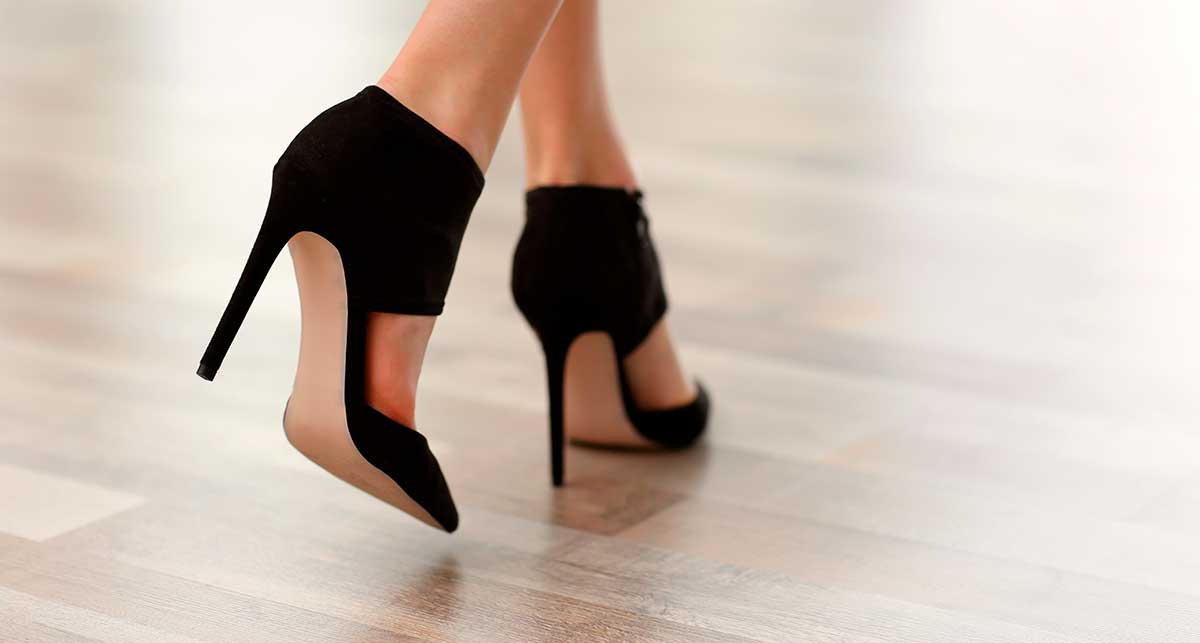 Impact Sound noise is the airborne sound (Structureborne sound), radiated in a room by a Wall or floor of the building when is structurally excited by steps, slamming doors, moving furniture, etc.

When an impact is generated in a rigid structure, this vibrates radiating part of the energy that is not absorbed, transmitting it to the building structure, to the connected constructive elements and even to adjoining particles, generating low attenuated airborne sound.

Introducing small amount of energy into a solid structure can only be done with significant force. Transmission velocities are high and dependent on vibration amplitude, elasticity and medium density. Light structures with low dampening reacts strongly transmitting more noise than a higher mass, damped one. This small transmitted power is able to produce high sound levels.

For example, 10W of Mechanical Power in a concrete floor, can lead to a just 0.1W of Sound Power to the lower room, but SPL can reach 75dB.

Physically speaking, impact sound represents a short lasting impulsive force, created by dropping object of mass (m) over the floor with high transmission velocity (v); with little attenuation, generating enough energy to excite the building structure and cause it to vibrate.

When the object meets the floor, its speed is reduced drastically to zero. The force that this reduction in speed causes is proportional to the object mass and to the velocity rate.

If the floor cover is hard, the reduction of the speed is fast and the falling object generates a high amplitude and short lasting impulse. However, if the floor has an elastic surface, the decrease velocity rate is lower and a pulse of low amplitude but longer lasting. 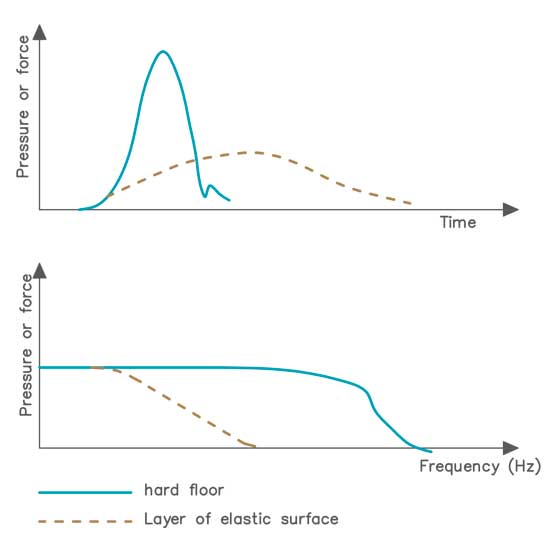 The impact of the mass over the hard floor produces a high frequency spectrum while the impact with an elastic Surface creates a resonant sound in low frequencies, working as a low-pass filter.

In Building Acoustics, impact sound noise is defined as the level of noise in the receiver room during the excitation by foots steps, moving furniture o falling objects. In order to adequate the in-situ and lab measurement a normalized tapping machine is used. It has 5 metal 500g hammers that produce 300 impacts per minute (5 Hz). This machine has enough reproducibility to ensure proper comparison between measurements. However, its correlation with real impact noise is still improvable. 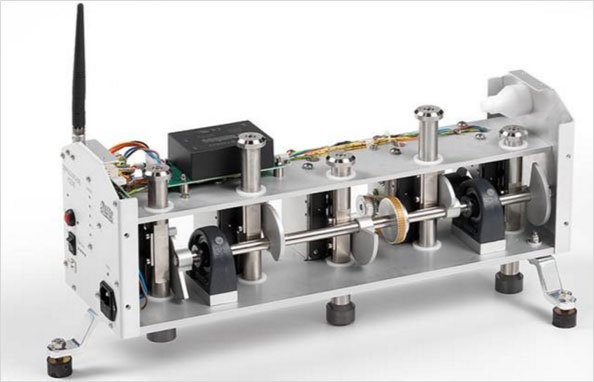 The spectrum generated by the tapping machine is poor in the low frequencies range, as it was designed to emulate heel foot steps and falling objects. In order to cover all common impact sound noises some countries have developed other tapping machines, rubber balls (included in the new ISO 16283-2 norm), an impact tyre or even a pseudo walked called: Johnny Walker. 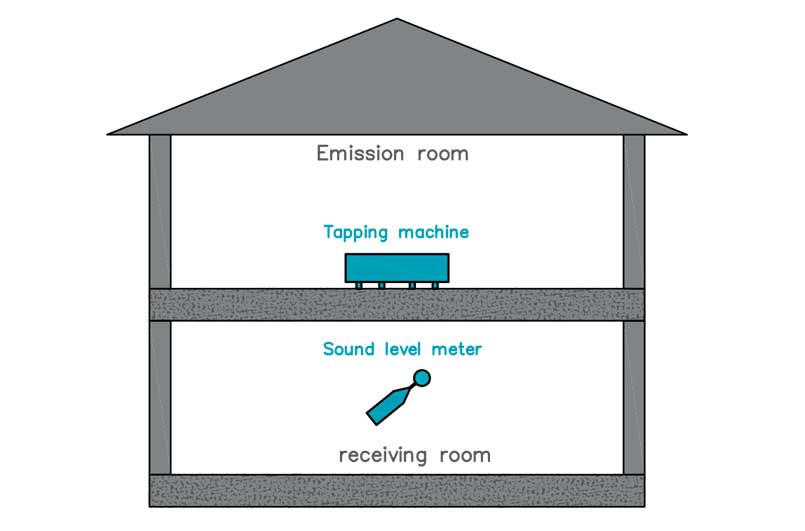 Noise level in the receiving room also depends on the acoustic absorption inside and its size. Thus, the larger the room, less noise level is measured. In order to correct this inconvenient, is standardize the impact sound noise to a given reverberation time.

Other relevant factor is the wall-floor connections. Wrong floor installation can lead to parasite transmissions causing noise levels to increase.
Floor covering and suspended ceiling also affects noise transmission for the same impact. So a wooden beam floor will sound different from a concrete one. Some standards allow measuring with different kinds of ceiling, they are clearly described in the report (ASTM E1007).

The bes way of reducing the structure-borne sound is decoupling the structure of the emiting room from the receiving one. The ideal configuration is the room-within-a-room” or “box in a box”, buit with floating floors, walls and ceiling.

In dBcover we work hard to avoid noise problems created by Impact Sound by developing solutions that can correctly damp both heavy and light building structures. 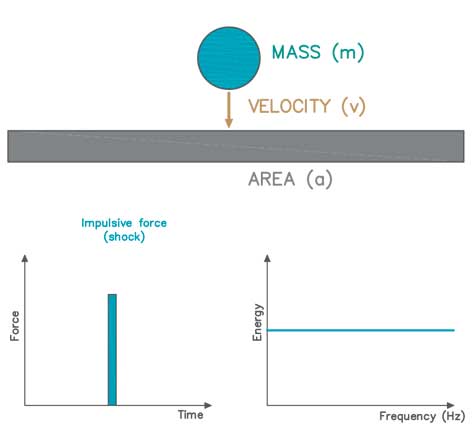